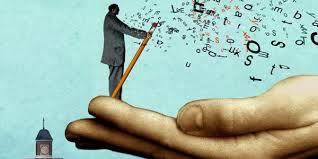 I became a runner because a coach cared about me, even though—at the time—I was the worst runner on the team. The fact that she cared about me, and her ability to let me know that, literally changed my life. I went on to run in college, and I still run all but two days a month (I force myself to take one day off every other week). Since she cared, I cared, and once I cared, I started to really try. And lo and behold! I found out that I was actually pretty fast.

I think about that series of events all the time, because it’s a lesson I was able to apply to my own teaching. I see it with my own students, just about every day. I see firsthand that most kids will plug into class once they realize their teacher cares.

There are exceptions to that, of course: some students (not many) don’t need to know their teacher cares.

Most do, though—and when they know it, amazing academic growth often happens.

It’s one of the reasons why all of the current education reforms (DEforms, if you will) concern me. Ed Reformers are trying to take the heart out of teaching, which will impact academic success, and I don’t think that they realize what they are doing. I hope that they don’t realize it, anyway, because if they do realize it and are still doing it, then that’s just wrong—or worse. I’d rather think of them as misguided than purposefully destructive.

Teachers are left to deal with what they know is important, what they know works, even though many of the forces above them are pushing down on them to do things that—ultimately—chip away at the powerful bond between teachers and students.

Lest someone misunderstand me…a student needs much more than the knowledge that his teacher cares about him. He needs his parents to care, for example, and he needs a teacher who will challenge him to learn and grow as a student.

However, he’s more apt to meet that challenge if he knows he’s cared about, and that’s what’s getting lost in the shuffle of education right now. The good teachers are still doing this very easy thing of showing they care (indeed, it’s the fun part of the job), but it’s not what’s valued in this current academic society.

**And here’s a quick disclaimer…at my site, caring is still valued. However, I’ve got enough friends elsewhere and I have read enough to know that SUSD is the exception, not the rule.

2 thoughts on “Misguided or destructive?…”